Skip to content
This is Bradford Riley’s WORKS site. All new materials are being prepared here. Our current, intense focus of study  (CLICK LINK) is on the DESTINY OF AMERICA. Novalis and the West are currently, immediately, in our cross-hairs. This THIRD ESSAY IN THE SERIES has been END_OF_DOCUMENT_TOKEN_TO_BE_REPLACED
The Culmination – of the American Psyche (part 4) by Bradford Riley Is number ONE, of the first NEW WORKS additions. (Click Here for Brief Summary statement). This NEW WORK is suggested as the Culmination of an intense study of the Destiny of America and END_OF_DOCUMENT_TOKEN_TO_BE_REPLACED
How have Women carried the Dove mystery through Aphrodite and Venus? What is the higher mystery of Androgyny? Why do Women and Men meet as one over the Grail Cup? How did Christ join together Love’s highest mysteries on GOOD FRIDAY? What is Venus, Aphrodite END_OF_DOCUMENT_TOKEN_TO_BE_REPLACED
Help Bradford Riley Author Pending next WORK IN PROGRESS COMING SOON. Click on the Sophia Star Picture. 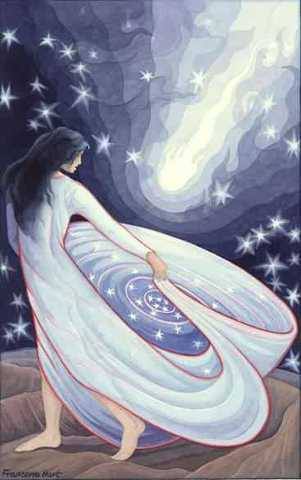 Working Titles to Works currently being shaped and formed means that these Works are Works in progress and as they are being shaped, also seek support from our Friends.

Sleeping Beauty is a work in progress exploring the Agricultural Course, the Compost pile, the Mound and the Elemental Beings and forces engaged that awaken Sleeping Beauty.

Tracking the Wonders of Christian Rosenkreuz

I begin to detail a tiny portion of some of the wonders related to our lofty Son of Sophia, The Rose, Christian Rosenkreuz.

Additional studies to Speech and the Vowels

I lay out additional material to what I have already brought on Speech Research. So far I have 3 available articles on Speech. One on the Vowel UH and Saturn; one more on the Consonants; one on Dramatic Arts.

The further work I am doing is a deepening of the study of the Vowels and the Planets. This, as well, could use additional support.

This recovery of the Deed of Golgotha in the Moral Future as an Evolutionary Gift of the Gods themselves, transcends Evolutionary Materialism and tracks the Science of the Moral Evolution of Humanity and Earth that has been dismissed and corrupted by the errors implicit in our fall into entropy and dead matter. Dead matter vs Living Life that arises from the Moral Ripening of the the Human I AM.

This also needs support as I build the research.  Thanks for all your support.